War-respondence: “Hate Mail,” at the Black Box Theatre through June 12

Drama is conflict, and the Black Box Theatre's current production, titled Hate Mail, reveals its conflict within the first two minutes. As the battle slowly escalated, I wondered how playwrights Bill Corbett and Kira Obolensky could sustain the animosity and keep it building for an entire play. How dark could it get and still be a comedy? How could it possibly end? Murder? Nuclear war?

Silly me. I momentarily forgot that people are capricious and their reactions can be counterintuitive, surprising, even perverse. Fortunes can rise, fall, and rise. The choices and changes in our lives can give us perspective on the past. If we were given a chance to script our own lives, I suspect many of us would make ourselves the hero of the plot, steadily triumphing in success after success (whatever success means to each of us). Oh, sure, there would be obstacles and villains to overcome, but we would conquer them bravely with nothing more than willpower and a smile. Well, maybe we'd write in some wealth, too. Fame. A driver. A maid. Perhaps an entourage.

Anyway, we live in a world in which unexpected events and chance meetings shape our lives, often against our will. This is how Corbett and Obolensky triumph in their script – by mirroring the uneven paths of real life. It's more than just a comedy, but it's not deep enough to keep you ruminating into the night. And at this particular point in my life, I don't need art to disturb me: I want to be entertained. Luckily for me, I was, at Sunday's performance of Hate Mail.

Black Box co-founder Lora Adams directed this readers'-theatre-style show, first performed in 1996. It's a counterpart to the ubiquitous Love Letters, also a two-person epistolary play. Matthew Walsh plays Preston, a Midwestern customer at a Times Square souvenir shop. Wendy Czekalski portrays Dahlia, the shop's assistant manager who receives Preston's complaint about one of their shoddy products. He wants a refund. She says “No refunds.” And so it begins. 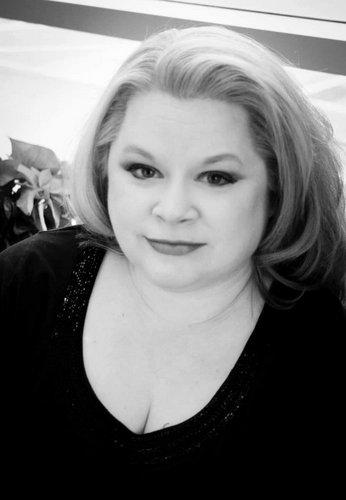 I was pleased to see Walsh again after enjoying his multi-character performance in the Black Box's The Turn of the Screw in July. In this role, he gets to stick with portraying one person – albeit one with many moods and a wacky variety of interests. His acting is admirably physical even while seated, and as expressive as his face and voice. His line interpretations are refreshing in their unpredictability. I mean, sure, he yells, but how loudly can one yell? The tension has to increase with something more than volume, and it does. At times, he also shows his feelings with subtlety – and, yes, sometimes by shouting profanities. (This show is for adults.)

Czekalski, as the recipient of the letter that begins the clash, is a master of the slow burn. Dahlia's cool, snarky retorts to Preston's increasingly aggressive communiques are as hilarious as his histrionics. She eventually loses control as he does, fighting his personal insults with a powerful and sarcastic flamethrower of her own. Then she appeals to his sympathy. She's not just a store employee, but also a creator. She first uses this fact to hurt Preston, telling him she is laughing at his letters with her artistic snob friends. Then she reveals her destitute state (with which most artists are familiar), and that her luck is turning increasingly disastrous. There's so much going on behind Czekalski's eyes and we can hear it in her voice, as well as see it in her posture, gestures, and understated expressions.

The set is composed of two desks with chevrons on their fronts, each pointing to the other character at whom their missives are directed. I was gratified that the readers'-theatre element was barely noticeable, as the laptops on the desks hid their binders. I must also praise the actors' diction. Even in an intimate venue with vocal projection not an issue, crisp pronunciation is a must. 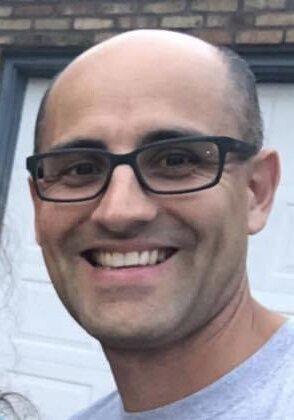 A few simple bell sounds are employed at various points during the show, but I wasn't sure whether they represented the passage of time, e-mail notifications (as their communications do so evolve from handwritten letters), or something else. I also didn't understand the significance of the changes in lighting. Usually, a spotlight is on one or the other as they speak and write each letter, although we are able to see the recipient reacting simultaneously. At times the lights are up on both when there doesn't seem to be a reason. Possibly the reason flew right over my head.

This was the first time in more than a year in which I saw a completely mask-less, shield-less performance, and a likewise bare-faced audience. The theatre's capacity has also been increased from 50 to 60 percent. You should take advantage of those newly available seats and see Hate Mail, which reminds us in a clever, engaging way that failure can alternate with success, and that lives and situations aren't all good or bad. There is a dramatic conclusion, but it's not annihilation or homicide. I think you'll be as pleased with it as I was.

Hate Mail runs at the Black Box Theatre (1623 Fifth Avenue, Moline IL) through June 12, and more information and tickets are available by calling (563)284-2350 and visiting TheBlackBoxTheatre.com.