Yuletide-al Wave: “Irving Berlin's White Christmas,” at the Circa '21 Dinner Playhouse through December 30 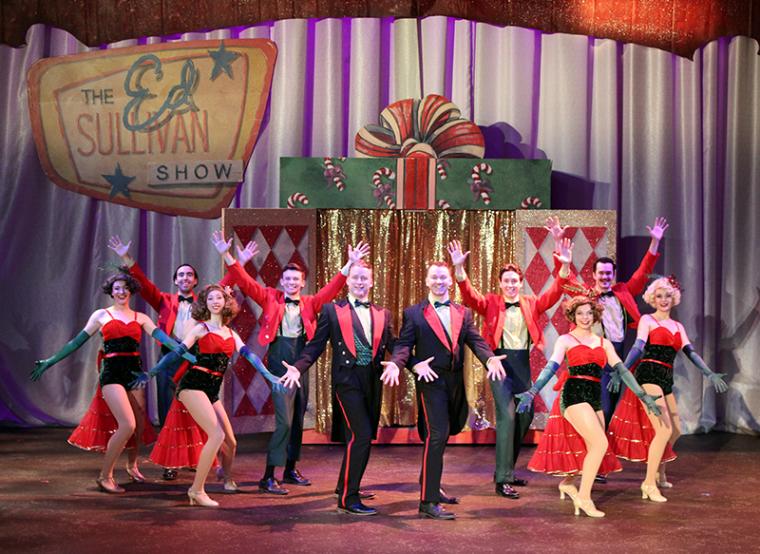 I entered the Circa '21 Dinner Playhouse for Thursday's preview of Irving Berlin's White Christmas on a 74-degree, rainy afternoon (grateful that the precipitation was liquid, not crystalized), and in the lobby, was walloped by wintery cheer. While the holiday decor was gorgeous, and festive songs abounded during dinner, I honestly wasn't ready for anything holly-jolly. We weren't past Turkey Day, or even Veterans' Day yet. Nonetheless, director and choreographer Ashley Becher, music director Ron May, and the cast, crew, and staff put on a show that could warm even the Grinch's shriveled heart.

With its music and lyrics by the wildly prolific Irving Berlin (naturally) and book by David Ives and Paul Blake, this stage musical is based on the 1954 film, and features a little plot tweaking and shuffling of musical numbers. I haven't seen the movie. If you haven't either, I'll tell you that the story centers on a couple of old Army pals who go on to form a popular touring song-and-dance team, and meet two performing sisters they'd like to "join their act." So to speak. Here, these main roles are portrayed by a quartet of amazing performers.

Kyle DeFauw plays Bob – a great guy, if socially inept. DeFauw wowed me as Harold Hill in Countryside Community Theatre's The Music Man in 2021, so I already knew he could play comedy and drama, sing, and move. But here, he absolutely proves that he has the chops of a seasoned actor; DeFauw is just out of college, and well on his way to a great stage career. Melissa Whitworth makes her venue debut playing the reserved Betty, and is a bona fide traveling performer herself: an acting, singing, dancing triple-threat. Her character undergoes a dramatic transformation during the show, and Whitworth is as brilliant at playing sophisticated, jaded, and brokenhearted as she is at playing stiff and awkward. 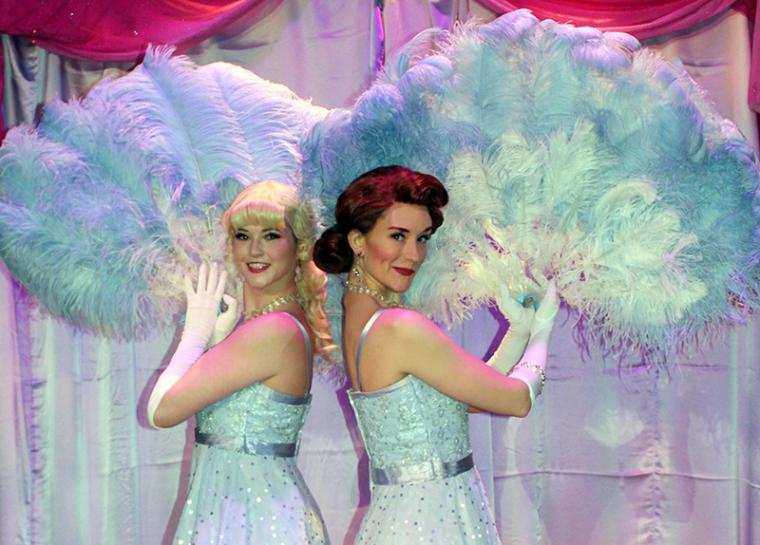 Bobby Becher plays Phil (whose last name should be "Anderer," but is not). He's the gregarious sybarite of the famous duo, yet Becher still makes him mostly lovable. I know the performer chiefly from his turn as Horton in last year's holiday family musical Seussical, in which his portrayal and singing were engaging and as true-to-life as a talking elephant can be. In this Circa '21 show, he exercises those muscles again, plus a fantastic set of dancing muscles I didn't know he had. Caroline Portner winningly portrays Judy, Betty's warm and chatty sister. Portner is also a newbie to the QC, though experienced in regional theatre and off-Broadway. It takes a talented performer to play one, and she makes Judy instantly likeable.

The supporting players are also of professional caliber. Venue veteran Tom Walljasper portrays General Waverly, Bob's and Phil's commander, who pops up later in their lives. Walljasper creates a nuanced portrait of this appealing toasted marshmallow – crusty on the outside, gooey on the inside. Sarah Hayes plays Martha, a kind and determined, if sometimes improvident, ally of the general. Hayes has an impressive presence and a robust voice, and when she takes over the stage, as the song says, I'm ha-a-ap-py. Meanwhile, the role of the general's pre-teen granddaughter Susan is shared between Carys Gleason and Lucy Petersen – both already experienced performers – and at Thursday's preview, Gleason was sweet, sassy, and clearly talented.

Each member of the ensemble is polished, and the dancers are gloriously compelling, especially in two of my favorite numbers: "Blue Skies" and "I Love a Piano." And they've got pizzazz. During an early routine, an audience member whooped in appreciation of their sleek moves, and one of the dancers, Grant Bown, tipped a saucy "Yeah, ain't we somethin'?" nod in his direction. The principals are foot-fantastic, too. In "The Best Things Happen While You're Dancing," Becher and Portner execute a stunning duet in the mist, seemingly in their own world. (Here, a theatrical haze merits my grudging approval.) 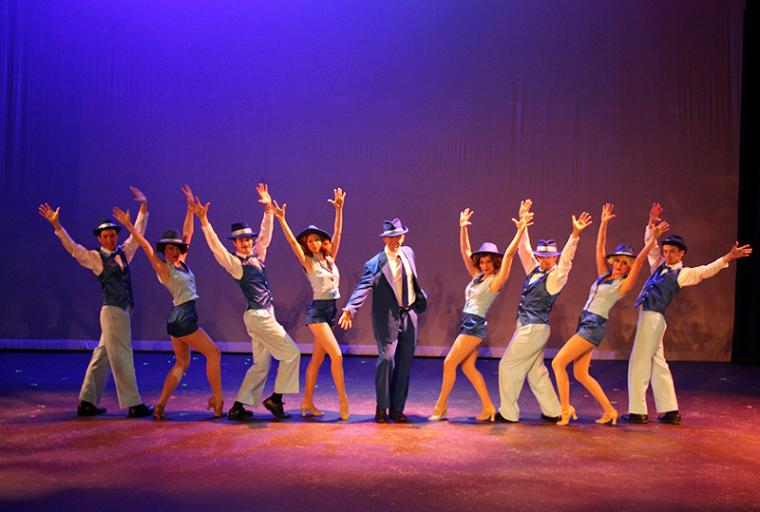 I can't talk about beautiful visuals without mentioning Bradley Robert Jensen's sensational costumes, from nearly-nude Christmas-tree get-ups for a couple of chorines, to the 10 striking black-and-white piano-themed outfits, to Betty's slinky Act II ensemble with sparkly elbow-length gloves. And scenic artist Becky Meissen created a spectacular Ed Sullivan Show set, plus star-speckled backdrops, falling snow, and the big old barn where everyone gets together to put on a show! Yes, it's that kind of production: corny, but packed with fun. And as Berlin himself supposedly said in an interview, "There’s an element of truth in every idea that lasts long enough to be called corny."

Irving Berlin's White Christmas is about three hours long, including intermission. I left the theatre to find that the temperature had dropped about 30 degrees in that time. However, it wasn't the cold that gave me a glimmer of the Christmas spirit. You can wear your warm seasonal socks to Circa '21. Just be prepared for this musical to knock them right off.

Irving Berlin's White Christmas runs at the Circa '21 Dinner Playhouse (1828 Third Avenue, Rock Island IL) through December 30, and more information and tickets are available by calling (309)786-7733 extension 2 and visiting Circa21.com.