You Can't Force an Oscar Moment: Notes on the 2021 Academy Awards Telecast

Oh, Oscars. You just keep finding new and creative ways to screw things up, don't you?

For the record, I'm not referring to Anthony Hopkins receiving last night's Best Actor statuette for The Father, a victory that's not only historic – at 83, the performer is now the Oscars' oldest-ever champ in any acting category – but one that will, I think, eventually be embraced as one of the most deserving wins in Academy Awards history. (On his show last week, Stephen Colbert said that Hopkins gave maybe the greatest film portrayal of all time. He may not be wrong.) I'm talking about the decision to have the telecast end with the presentation of Best Actor, a move obviously – and, in retrospect, unwisely – designed to close the telecast with a tribute to the late Chadwick Boseman, the long-presumed Best Actor frontrunner. Oops.

On the one hand, the presentational shakeup made sense, at least this year. Best Picture, the prize that until last night always closed the annual ceremony, was almost certainly going to go to Nomadland, which it did roughly 10 minutes before Hopkins' name was announced. (That was one of my depressingly weak 15 correct guesses out of 23, but at least I didn't pooch the big one for a sixth straight year!) Combining Nomadland's near-sure-thing status with the movie being an intimate, largely downbeat character drama that many viewers probably still haven't caught up with, the Oscars would likely have concluded on an anticlimactic note regardless. (This despite Chloé Zhao – only the second woman to ever win Best Directing – making history as the first Asian-American female to score a Best Picture victory, and Frances McDormand saluting a recently deceased crew member by delivering a full-throated wolf howl.) But it certainly couldn't have been more anticlimactic than the sight of sleepy-looking Joaquin Phoenix revealing that Boseman lost to Hopkins, who wasn't in attendance, and unwittingly forced the show to end not with an emotional speech, but with a head shot. 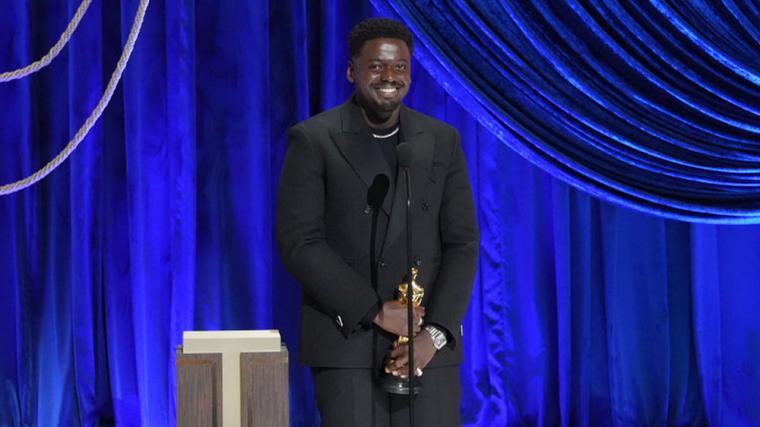 Did telecast producer Steven Soderbergh and his creative team not think this was a possibility? Let's ignore, for a moment, the fact that Hopkins is 83, and he was planning to be in Wales during the ceremony, and even if he was near a camera, it would have been 4 a.m. there when his name was called. (I'm 30 years younger than the man and I sure as hell wouldn't stay up that late for a trophy I was widely expected to not get.) Were Soderbergh and company so convinced of Boseman's “inevitable” victory for Ma Rainey's Black Bottom that it was worth chucking decades upon decades of Academy Awards tradition? There was really no way this plan was going to work. If someone other than Boseman won, and someone did, saving Best Actor for last would make the producers look foolish. If Boseman did win, it would just have suggested the telecast's team somehow knew he would, reigniting some people's charges that the “secret” results of Oscar voting aren't so secret after all.

A climactic salute to Nomadland may not have ended the show with a bang, but it definitely wouldn't have been the whimper we wound up with – this in a telecast that, despite many outstanding winners ranging from Sound of Metal to If Anything Happens I Love You, was already remarkably short on bangs. To be sure, the mood of the 93rd Academy Awards was always going to be subdued, at least in comparison to years past. Going for an intimate vibe that matched the low-key nature of the major nominees and our collective exhaustion following the most protracted lead-up to the Oscars on record, Soderbergh's presentation was streamlined and determinedly free of frills: no host; no banter; no film clips for nominated performers; no lengthy production numbers; no montages on “the magic of the movies” or whatnot. (The closest thing we got to one – and this was truly sensational – came with the rundown of Best Picture contenders, in which actual scenes, and not merely snippets, from the nominated films were shown.) There weren't even any comedy bits until the telecast had passed its two-and-a-half hour mark, when an unbearably time-killing routine – Lil Rel Howery quizzing attendees on original-song trivia – made you wish the show had gone without them entirely. (Let's hear it for eternal good sport Glenn Close, though, denied an Oscar for the eighth time but willing to dance “Da Butt” for our late-in-the-game amusement.)

Generally speaking, though, this year's ceremony was an odd and unsatisfying blend of the really rushed and the way too long. The annual “In Memoriam” segment, for instance, zipped by so speedily that you barely had time to take in the faces of those that had passed, to say nothing of their names and film credits. And the producers seemed in such a hurry to scoot through the technical categories that it apparently never dawned on anyone that we viewers might like to, you know, actually see some examples of the marvelous cinematography and visual effects being lauded. 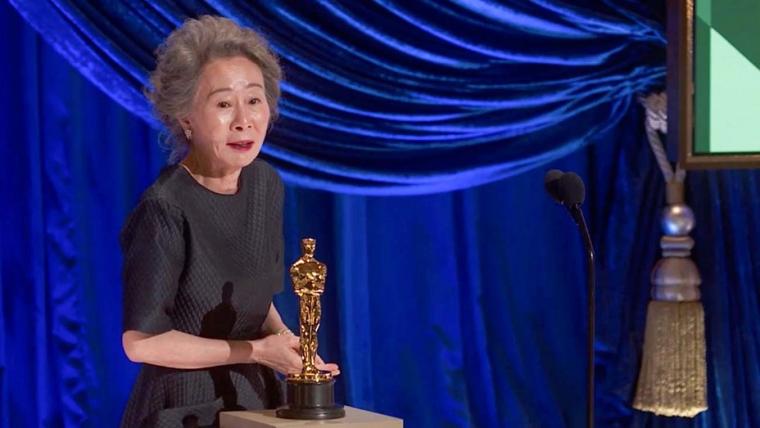 Yet with no orchestras on hand to play winners off after their allotted 45 seconds, those who did speak tended to speak for an inordinately long time. McDormand, bless her, wasn't one of them, cementing her wholly deserving Best Actress victory with quick and crisp gratitude, as well as a plea that, now that we again can, we see as many movies in theaters as possible. (Her third victory in this category, and second in four years, puts McDormand in rarified company, as only four-time winner Katharine Hepburn has ever earned that level of Best Actress recognition.) But Emerald Fennell, winning the night's first award for Promising Young Woman's screenplay, seemed to reach a natural end to her ebullient thank-yous and just kept going, as did Best Supporting Actor Daniel Kaluuya for Judas & the Black Messiah, as did most everyone else fortunate enough to grace their respective podiums. Amazingly, these unabbreviated speeches really didn't add to the evening's running time; with the show clocking in at three hours and 16 minutes, it was evident that the problem in years past wasn't the length of the speeches but the length of the filler. But it still became all too easy to tune out on what the victors were saying even when it was truly moving, such as Another Round director Thomas Vinterberg's heartfelt acknowledgment of his 19-year-old daughter who died in a car accident not long after filming began.

Still, there were a few true beauties among the evening's speeches. Tyler Perry, receiving rare career-achievement recognition that the Oscars deigned to televise, was fantastically eloquent on the subject of love triumphing over hate, and Chloé Zhao was as humble and endearing as ever, having had a lot of practice at award shows over the past few months. Jon Batiste, who shared Soul's Original Score win alongside co-composers Trent Reznor and Atticus Ross, expressed charming gratitude for the 12 notes responsible for every piece of music ever. Ma Rainey's Black Bottom collaborators Mia Neal and Jameika Wilson, both visibly moved, pointedly referenced the “glass ceiling” they shattered to become the first Black women, the first Black people, to win Academy Awards for Makeup and Hairstyling.

And Youn Yuh-jung, everyone's favorite grandma in Minari, came close to becoming everyone's favorite grandma period. The 73-year-old Best Supporting Actress champion – only the second Asian woman to ever win an acting race, the last being Miyoshi Umeki in 1957's Sayonara – was so sweet and funny and touching, gracefully saluting fellow nominee Close and thanking her family for their many decades of patience while she became a legendary performer in Korea. Holding her statuette, she told them, “This is because Mommy worked so hard.” Who's up for joining the #YounForOscarsHost movement in 2022?

Best Original Song: Judas & the Black Messiah, “Fight for You”

Best Animated Short: If Anything Happens I Love You