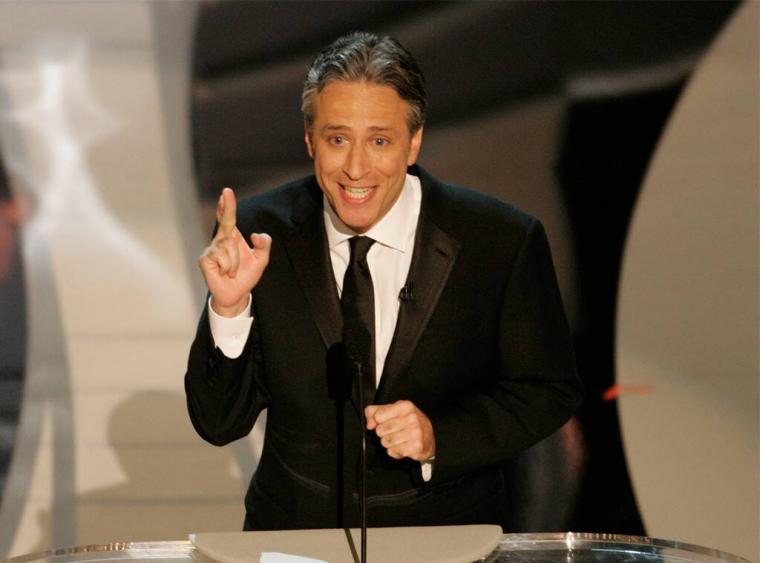 In the minutes following the announcement of this year's Academy Awards nominations, media outlets were abuzz about the downbeat nature of the major contenders, and it was widely predicted that this year's Oscar telecast - which aired on Sunday, March 5 - would be the lowest-rated one in ages. But that notion might have actually been liberating to the writers and producers of this year's ceremony; the attitude behind the show seemed to be: "Screw the ratings. Let's make this thing smart." So they did.

This year's ceremony was, for much of its length, truly sharp - polished, imaginative, entertaining, and even, on occasion, innovative. Without verbal introduction, clips from the Best Picture nominees were presented before five commercial breaks, which was a sensational decision; the placement allowed the moods of the clips to linger for a while - as they concluded, you felt like saying, "I want to see that movie." (Or, "I need to see that movie again.") The clips accompanying the acting nominees ran about twice their usual length, which gave heft to the glimpses of performances; the actors' nominated work was duly, properly recognized. And while the choice to have the orchestra underscore the winners' speeches, as opposed to using them as get-the-hell-off-the-stage filler, was distracting early on, from a producer's standpoint, it was a shrewd move; when winners went beyond their time limit and the orchestra suddenly stopped playing - nowthat felt uncomfortable. And the winners wrapped it up. Quickly.

Plus, the show had host Jon Stewart, who overcame early, predictable jokes about Democrats and Hollywood phonies- you could feel the performer's flop sweat in the show's opening minutes - and wound up triumphant. His inspiration, and that of his writing staff, never faltered, because he always had new winners to riff on; George Clooney's victory led to some rich material ("That's the kind of thing that can really get a fella laid. How much more can he have?!"), and thank God for the Three 6 Mafia victory for "It's Hard Out Here for a Pimp" - the group's ebullience after winning gave Stewart fresh material for another 20 minutes. ("You know what? I think it just got a little easier out here for a pimp.")

Add to this some withering show-biz critique - introducing Owen and Luke Wilson, Stewart called them "two very talented brothers ... which I realize is also an excellent way to describe the Baldwin family ... " - and just the right level of humility, and Jon Stewart was the man of the hour. All three-and-a-half of them.

So why didn't the show seem better? I gotta blame the montages. The gay-cowboy opener was terrific, but the sequence showcasing actors who portrayed celebrities and historical figures - complete with images of the figures themselves - was baffling; the clips flew by so furiously that, rather than saluting film or film performance, the montage became a contest as to which actor looked most like the figure they were representing. (I couldn't tell who emerged victorious here, but in the Braveheart clip, Mel Gibson did strongly resemble that marble statue of William Wallace.) The film noir segment was nearly as tough to watch as Lauren Bacall's introduction of it - a context-free barrage of booze and cigarettes and black-and-white - and the epic salute to "spectacle" just felt silly - they knew this montage was being shown on television, right?

Worst of all was the show's tribute to "issue movies," which we get variants on nearly every year, with the standard clips of To Kill a Mockingbird and In the Heat of the Night and All the President's Men and such - "movies that changed America." So tell me again how Something's Gotta Give and The Day After Tomorrow changed America? The clips in this montage were so random as to appear downright loony - their nominal subtext seemed to be, "Cheer up, America! Issue movies can be fun!" (Too bad The Day After Tomorrow isn't.)

The telecast also brought the return of an Oscar tradition we may have feared died - the god-awful musical production numbers. Don't get me wrong - Dolly Parton was sensational. Performing with such legitimate delight that she exploded the natural cynicism and jadedness of the Hollywood elite, Dolly got the crowd to clap along to "Travellin' Thru," and not only did they not look miserable, some seemed damn near delighted. (Bless Dolly's heart - she's the triumph of sincerity.) But Crash's "In the Deep," while a lovely song, was given hysterically inappropriate stage treatment - my favorite quote at the Oscar party I attended occurred when the car was ablaze and a friend asked the room, "Is that Christine?" - and the winning Hustle & Flow number was undone by the pimps and 'ho's dancing in ridiculous slow motion through a fog machine and a strobe; it felt like a seizure at Studio 54.

But even the awful moments were, for the most part, enjoyably awful moments, and there were so many high points it seems almost churlish to complain about the telecast's lows. Stephen Colbert's insidious narration of the Best Actress race's "negative campaigns ads" was comedy perfection, and Ben Stiller's preamble to the Visual Effects category - in a green unitard theoretically designed to make him look like a floating head - was nearly as inspired. The badinage between Lily Tomlin and Meryl Streep was sublimely funny - Streep's 21st Century emergence as a glamorous, dryly hysterical award-show ham is reason enough to continue watching award shows - and led to the night's most moving speech (and only standing ovation); 81-year-old Robert Altman spoke eloquently about his craft, about actors, and promised to continue his genre-defying ways for at least 40 more years. (We can only hope.)

Lest we forget, there were the winners, and even those personally irksome Memoirs of a Geisha victories were probably deserving ones. (I did love it, though, when Geisha's art director, Joh Myhre, thanked director Rob Marshall because "this really is his movie. Every single frame of it." Now I know who to blame.) That Best Picture victory for Crash was a relative shocker - not least of all to the film's producers - but it was a strong, decidedly atypical Academy choice, and Brokeback Mountain's Ang Lee, Larry McMurtry, and Diana Ossana all got their due. (Prediction-wise, I dropped the ball on more than Best Picture this year, guessing 15 of 24 correctly. But that college roommate I mentioned two weeks ago? Thirteen out of 24. So he's really pissed.) Reese Witherspoon's sincerity was wonderfully touching; Clooney - such a great sport all night - began his acceptance with brilliant insouciance ("All right, so I'm not winning Director ... ") and wound up giving a heartfelt testament to the power of his profession; it may go down as a classic Oscar speech.

And Philip Seymour Hoffman finally has an Academy Award. His victory was my second-favorite moment of the night.

My first? The incomparable Morgan Freeman, in his Best Supporting Actress intro, tripping over the word "demonstrative," and laughing at himself.

Morgan Freeman screwed up, folks! He is human! Proof at last!