Second-Round Knockouts: Five Sequels That Improve on Their Blockbuster Originals 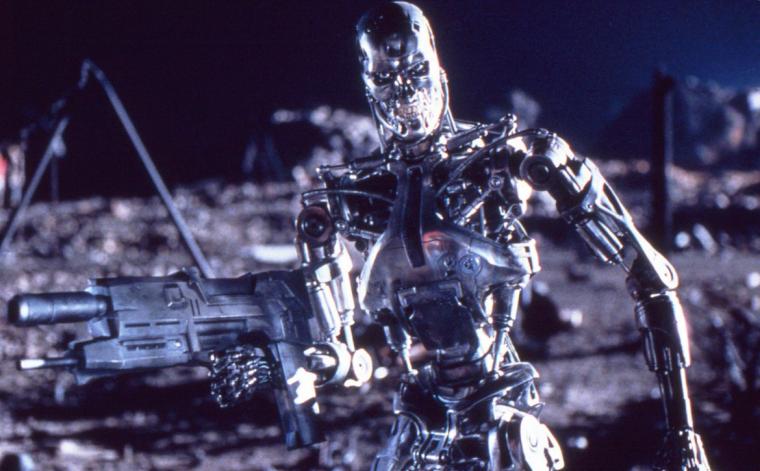 I know a lot of you are missing summer-blockbuster season, and I'm certainly not thrilled to be missing it, either, given that this year's lineup of delayed potential hits includes a new Christoper Nolan, a new Pixar, and a new Wes Anderson (even if “Wes Anderson” and “blockbuster” hardly belong in the same sentence). But here's a short list of other previously scheduled titles that you and I thus far haven't seen due to closed cineplexes: Top Gun: Maverick. Wonder Woman 1984. Ghostbusters: Afterlife. The James Bond continuation No Time to Die. A Quiet Place Part II. Minions: The Rise of Gru. Candyman. And, lest we forget, The SpongeBob Movie: Sponge on the Run. So, you know … . Silver linings.

To be fair, some of those sequels might be good. Hell, some might be great. And some might be so great that our experiences dwarf even the fond feelings we have for their cinematic inspirations. So as we continue to cross fingers that something – anything – will soon be playing at a theater near us, let's take a look at five direct sequels from 1980 to 1993 that, for me, are all significant improvements on the blockbusters that preceded them. And even though I strongly considered including it, you're welcome, in advance, for my decision to not cite Ghostbusters II. There's only so much hate mail a reviewer can take. 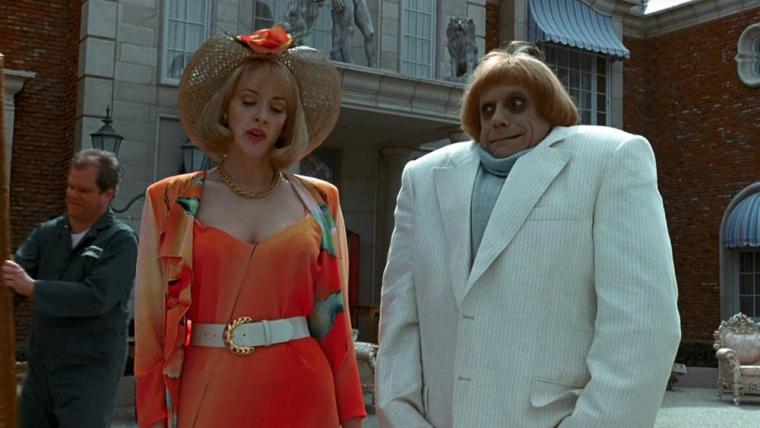 Addams Family Values: Considering the movie had Raul Julia playing Gomez, Anjelica Huston portraying Morticia, Christoper Lloyd enacting Uncle Fester, the deadpan cutie Christina Ricci channeling Wednesday, and Carel Struycken – the giant from Twin Peaks! – glaring and groaning as Lurch, the casting for 1991's The Addams Family was the main reason everyone I knew wanted to see it. In the end, the casting was really the only reason to see it, and I consequently, politely avoided director Barry Sonnenfeld's 1993 sequel when it debuted around Thanksgiving. Plenty of others did, too. Yet in a kooky-spooky-ooky slapstick crammed with jokes, the biggest one turned out to be on those of us who prematurely dismissed the film and waited for home video to see it, because Sonnenfeld's follow-up is just about flawless for what it aims to be – nothing more, or less, than 90 minutes of madly inspired, laugh-out-loud silliness. On paper, the subplots may sound only mildly promising: Gomez and Morticia have a new, apparently indestructible baby (Pubert!); Fester falls in love with a money-grubbing murderess; Wednesday and Pugley go to summer camp. In practice, though, the script by that fiendish wit Paul Rudnick is flooded with deliciously nasty jokes – most of the best ones delivered by Joan Cusack as a venomous Black Widow – and everyone involved seems encouraged to aim toward the highest peaks of comic lunacy imaginable. They all get there, and I've watched Sonnenfeld's outing many times over just for the zany pleasures of Peter MacNicol and Christine Baranski as hyper-chipper camp counselors and Wednesday escaping the Harmony Hut and offering the series' most hilarious/terrifying sight ever: Ricci's fixed-straight-line mouth slowly, painfully morphing into a hideous smile. “She's scaring me!” screams a fellow camper. Me, too, kid. I'd be traumatized if it weren't so freaking funny. 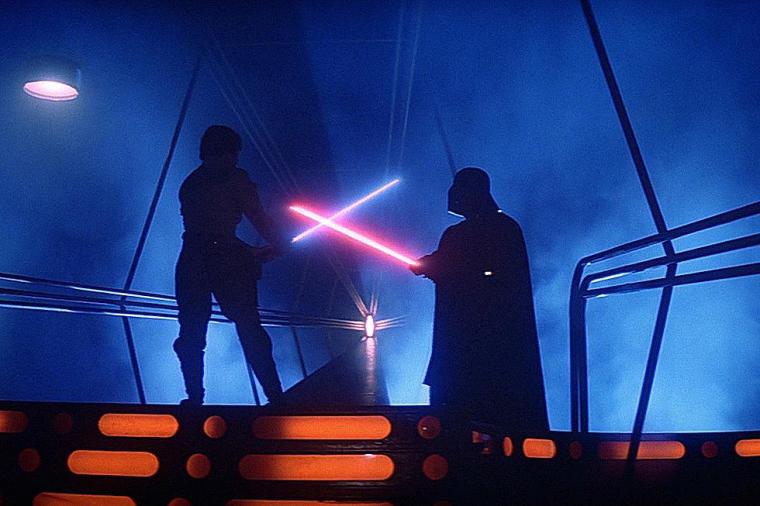 The Empire Strikes Back: Nowadays, the world-building nature of franchise culture dictates that sequels don't end so much as “end,” leaving us with cliffhangers and credit cookies designed to get us psyched (and shell out more dough) for future adventures a year or more down the line. So unless you saw Star Wars' first sequel in the summer of 1980, there's probably no way to adequately describe how unsettling it was to exit The Empire Strikes Back with so many unanswered questions: Would Han Solo remain forever frozen in carbonite? Was the turncoat Lando Calrissian actually to be trusted? Was Darth Vader really Luke Skywalker's fa-… ? Um … . Spoiler Alert? Leaving director Irvin Kershner's sci-fi mind-blower as an 11-year-old, I remember being dazed and overwhelmed, like I'd seen something too majestic, too adult, to fully grasp. I also remember wanting to get home and play with my Star Wars action figures (in their Vader-mask carrying case) pronto, because this startling upgrade on George Lucas' 1977 blockbuster did a miraculous job of expanding the Jedi universe in your mind: You not only wanted to re-enact the film in moveable plastic, but create your own conceivable follow-ups to the one you just saw. Today, of course, Empire is largely considered the finest of the nine films in the three Star Wars trilogies, and certainly a more polished work than its immediate forebear – better written, better acted, better at conveying mood and atmosphere and crisis. Given the expanded visual palette and additions of Yoda, Lando, the gutted Tauntaun, “Laugh it up, fuzzball,” et cetera, it's also more fun than Star Wars, even if we pre-teens did cry “Ee-e-e-ew-w-w!” when Han and Leia kissed. Now that we're adults, we only say that when Leia kisses Luke. I'd explain why, but ya know … . Spoilers. 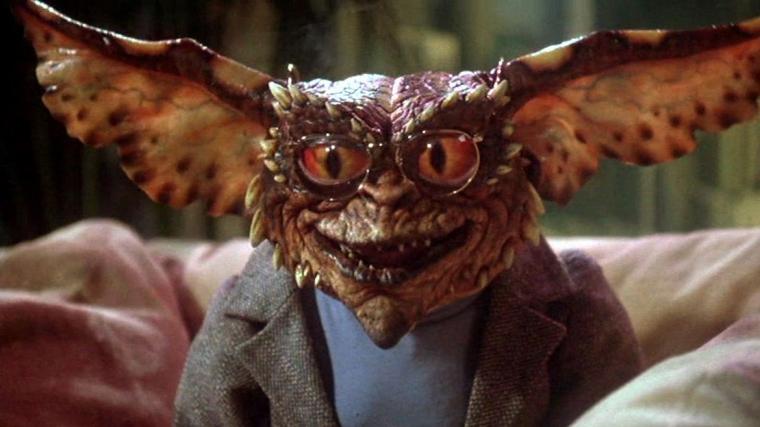 Gremlins 2: The New Batch: Plenty of unimaginative sequels get mileage merely from re-staging their first films' setups in new locales, and at first glance, you could say that's what director Joe Dante is doing in the follow-up to his 1984 smash – trading Gremlins' sleepy small town for the interiors of an imposing Manhattan skyscraper. But what Dante has actually done is far more subversive: He's traded the “real world” of the original for the cartoon universe of a Looney Tunes short. I mean this almost literally. Before the sequel's narrative gets underway, that familiar Looney Tunes logo with its accompanying peppy score pops on-screen, and audiences are right (if a little confused) to expect a Chuck Jones animated short to precede the movie. In quickly becomes clear, however, that these early slapstick antics involving Bugs Bunny and Daffy Duck are connected to the movie, and all throughout, the tone is so deliriously manic and over-the-top that you wouldn't be surprised for human co-stars Zach Galligan and Phoebe Cates to share scenes with Porky Pig. The first Gremlins is a terrific time, but 1990's Gremlins 2: A New Batch is the superior one because it's so breathtakingly nuts: the brainy beastie voiced by Tony Randall; the “New York, New York” musical sequence; the unholy half-gremlin/half-spider creature; the unexpected “film break” followed by shadow puppetry and the threat of a Hulk Hogan smack-down. Absolutely nothing about Dante's follow-up is meant to be believed, and its exuberant “I can't believe it!” fearlessness and gonzo unpredictability make it one of the most joyously satisfying of all 20th-century-blockbuster sequels. And man how I wish we had a new one now, given that John Glover's villain in the film is an eccentric billionaire named Daniel Clamp. Who else is up for seeing Dante's gremlins thrive in the White House? 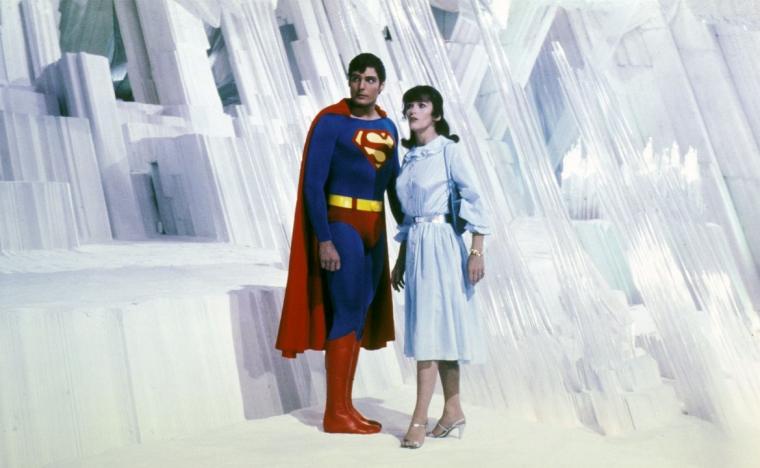 Superman II: As previously mentioned, my 1980 screening's largely young crowd audibly reacted, not entirely favorably, to Han's and Leia's Empire Strikes Back kiss. Yet just one summer later, in the sequel to 1978's Superman the Movie, our hero and Lois Lane were shown lying in bed together – presumably naked, presumably after having sex – and our packed auditorium primarily composed of kids didn't make a peep. I'm guessing we were all in shock. And Superman II was a shock, partly because director Richard Lester had the nerve to stage the formerly unthinkable. (What could that union have possibly been like?!? I might've asked, had 12-year-old me known what I was talking about.) Mostly, though, it was shocking to see so much that was treated with portentous seriousness in the original – the trio of Phantom Zone captives, the cataclysmic action finale – handled with a breezy insouciance that was sometimes inseparable from parody. In their brief 1978 appearances, the malevolent Ursa, Non, and General Zod seemed pretty darned scary. In Superman II, though, they're enjoyably evil, and consequently mesh perfectly with a presentation that goes for laughs whenever possible; everything from Lois' planned “unmasking” scoop at Niagara Falls to the flying baddie knocked into the neon Coca-Cola billboard is designed to get you giggling. Christopher Reeve, meanwhile, appears intent on making you think about, and actually feel for, his dual identities as Clark Kent and Superman, and that this sequel works as well emotionally as it does as a comic-book kick is testament to Reeve's – and the indispensable Margot Kidder's – touchingly profound understanding of character. The visuals may be slapdash; they were in the original, too. But like Gene Hackman's expression when revealing Lex Luthor's endgame – “Australia!” – the majority of Lester's movie is one massive grin. 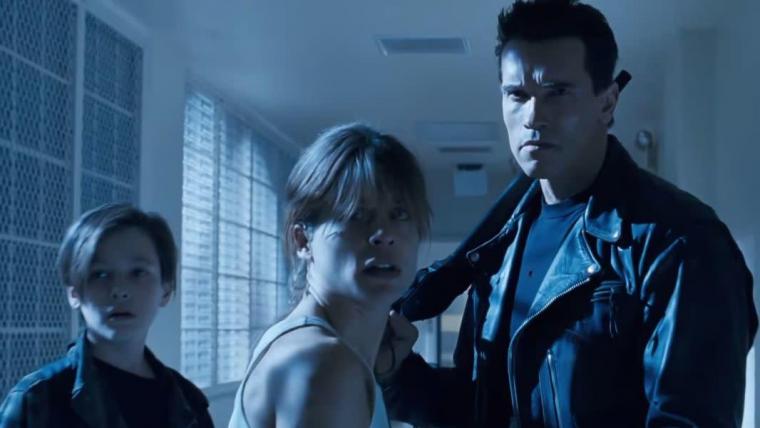 Terminator 2: Judgment Day: I'll readily go on record citing James Cameron's 1986 Aliens (which I wrote about in April) as my all-time-favorite sequel. But if I had to name the blockbuster follow-up that most successfully expanded, complicated, and improved upon its source material, I'd probably go with this other Cameron sequel – 1991's Oscar-winning sci-fi-action behemoth that's like the mighty-oak version of his original Terminator. That isn't meant to suggest that 1984's unstoppable-killer saga was an acorn. When I re-watched the film a decade ago, I was impressed at how well that scrappy, nihilistic little thriller held up a quarter-century after unleashing Arnold Schwarzenegger's pitiless, catchphrase-happy cyborg upon an unsuspecting world. T2, though, is T1 super-sized. (I was tempted to write “on steroids,” but in deference to Arnold's bodybuilder past … .) Its chase scenes are louder, longer, and more intricately choreographed; its time-travel possibilities more complexly designed; its relentlessly grim worldview more open to spontaneity and humor. (There's a lot of E.T. in Edward Furlong's attempts to humanize Schwarzenegger's inhuman protector.) Best of all, while Michael Biehn's absence was unfortunate (if understandable), Linda Hamilton's Sarah Connor transformed from perplexed victim to bona-fide, Sigourney Weaver-style ass-kicker, allowing the performer to create an iconic heroine whose anguished gravitas continually kept the movie from “merely” being exceptionally realized popcorn entertainment. The success of Cameron's epic led to more sequels than I can remember, including one from last autumn that's only memorable for being so disheartening. None of them, however, hold a candle to this wildly effective audience-grabber with its supple liquid-metal effects and frighteningly dead-eyed Robert Patrick, and precious few sci-fi films have ever landed the perfect blend of emotionalism and corn that accompanies Schwarzenegger's final thumb's-up descent into molten lava. Hasta la vista, baby. See you, for increasingly diminished returns, in a dozen years.