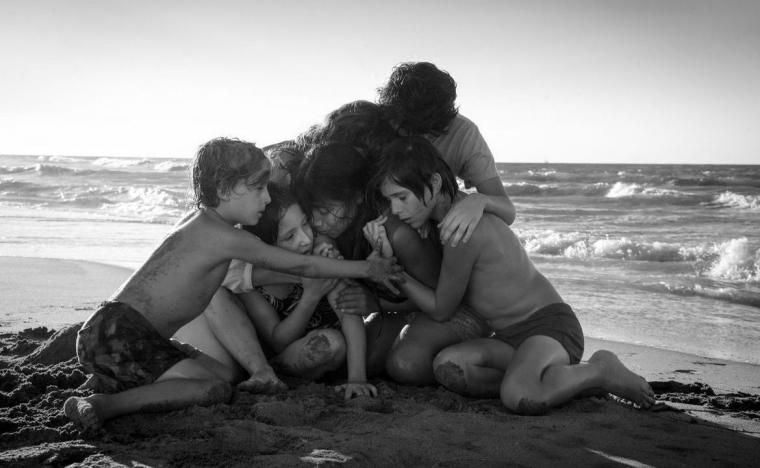 It's easy, on Oscar-nomination morning, to be surprised and/or upset about names and titles not cited, and this morning, when the nominees for the 91st Annual Academy Awards were read by Kumail Nanjiani and Tracee Ellis Ross, there were certainly omissions that some might find surprising and/or upsetting. (Okay, that I might find surprising and/or upsetting: No mention of the Mr. Rogers doc Won't You Be My Neighbor?!? Come on!) But before diving too deeply into who's not there, let's take a paragraph-long moment to appreciate who is – more specifically, who finally is. [Scroll past the commentary for the full list of contenders.]

Twenty-nine years after being denied a Best Directing nod for Do the Right Thing (and three years after winning an honorary Oscar for career achievement), Spike Lee is a first-time nominee in that category, and his BlacKkKlansman composer Terence Blanchard – who has scored nearly all of Spike's movies since 1991's Jungle Fever – is a first-time Best Original Score contender. Nicole Holefcener, an indie-film darling since her 1996 breakout Walking & Talking, at long last heard her name read (for co-writing Best Adapted Screenplay inclusion Can You Ever Forgive Me?), as did fellow scribe Paul Schrader, a Best Original Screenplay contender for First Reformed previously not nominated for Scorsese's Taxi Driver, Raging Bull, and The Last Temptation of Christ. A Star Is Born's Sam Elliott, who made the Best Supporting Actor lineup, is a first-time nominee who enjoyed his first big-screen credit almost a full half-century ago in 1969's Butch Cassidy & the Sundance Kid. And while they haven't endured nearly the wait that others have, let's hear it for Phil Lord and Christopher Miller, whose nominations as producers of Best Animated Feature hopeful Spider-Man: Into the Spider-Verse almost make up for their being dissed for 2014's The Lego Movie. Almost.

Otherwise, the major stories behind this year's Oscar-nomination reveal are more general, and taken collectively, seem almost designed to make everyone at least a little bit happy. (Unless, that is, you were expecting to hear your own name read but didn't.) Those who wish the Academy would acknowledge more blockbusters had to breathe a sigh of relief with the Best Picture inclusion of Marvel's Black Panther, the first superhero movie ever to contend for the top prize, and when you add Bohemian Rhapsody and A Star Is Born, this is only the second year in history that the category boasts three titles that have each earned at least $200 million domestic. (In 2010, the race included Avatar, The Blind Side, and Up.)

Lovers of international cinema certainly had reason to cheer this morning. Not only did quadruple-nominee Alfonso Cuarón's foreign-language title Roma tie The Favourite for the most nominations (10) overall, but his Mexican stars Yalitza Aparicio and Marina de Tavira found themselves in the Best Actress and Supporting Actress lineups, respectively. The Swedish thriller Border, despite no Best Foreign-Language Film recognition, made the roster of three Best Makeup & Hairstyling contenders. German entry Never Look Away landed nods for Best Foreign-Language Film and Best Cinematography, the latter for the legendary Caleb Deschanel (dad to Emily and Zooey), a previous five-time nominee first cited for 1983's The Right Stuff. Pawel Pawlikowski's Polish drama Cold War, meanwhile, landed three nominations including Best Foreign-Language Film, Best Director (making this the first time since 1977 that two foreign-language films are cited in that category), and Best Cinematography (making this the first time ever, I believe, that three foreign-language films are up for that prize). 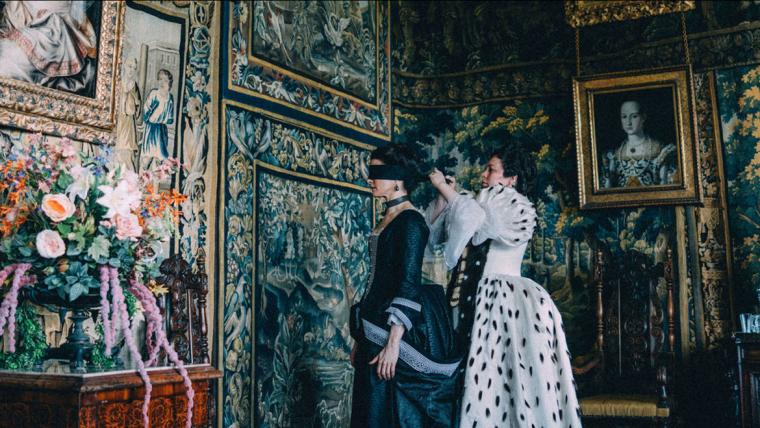 Plus, with a total of 37 feature films acknowledged in one way or another, you were almost bound to hear Nanjiani or Ross mention a few of your 2018 favorites. Additional big hits were recognized in Avengers: Infinity War, Christopher Robin, Incredibles 2, Mary Poppins Returns, A Quiet Place, Ralph Breaks the Internet, Ready Player One, and Solo: A Star Wars Story. Auteur-driven entertainments found representation in Julian Schnabel's At Eternity's Gate, Damien Chazelle's First Man, Barry Jenkins' If Beale Street Could Talk, Wes Anderson's Isle of Dogs, and the Coen brothers' The Ballad of Buster Scruggs, whose three nominations (including Best Adapted Screenplay) accounted for three of my biggest smiles of the morning. Mr. Rogers may have been denied, but Ruth Bader Ginsburg sure wasn't, with the bio-doc RBG receiving nods for Best Documentary Feature and Original Song for the Diane Warren composition “I'll Fight."

As for the eight Best Picture nominees – the eight titles that also received the most nominations overall – they turned out to be a satisfying blend of smashes (A Star Is Born with eight, Black Panther with seven, Bohemian Rhapsody with five), solid hits (Vice with eight, BlacKkKlansman with six, Green Book with five), an art-house hit (The Favourite with 10), and 10-time nominee Roma, whose grosses aren't really quantifiable, because Netflix. This will also prove to be a fascinating race in terms of what actually wins the Oscar, given that the three films thought to have the best chance at Best Picture are all missing nods in at least one significant category for front-runners: no Film Editing for Roma; no Directing for Green Book; no Film Editing or Directing for A Star Is Born. (I'd be more bummed about Bradley Cooper's directorial omission if the guy didn't have three other deserved nominations this year with which to console himself.)

But that's a conversation for another time! The following are the nominees for the 91st Annual Academy Awards, scheduled to be presented on Sunday, February 24, with this year's host … no one, apparently. (Eh, the Academy has made worse choices.) The boldface contenders are the names and titles that I personally predicted, having made a not-bad 78 correct guesses out of the 106 feature-film citations. No need to applaud me for that all-boldface Best Picture lineup, as I mistakenly thought If Beale Street Could Talk would take a ninth spot. But I will absolutely accept your praise for correctly forecasting the entire Best Sound Mixing roster! That's the hardest one, ya know! (He said, hoping no one noticed how badly he pooched Film Editing, and Documentary Feature, and Makeup & Hairstyling … .) 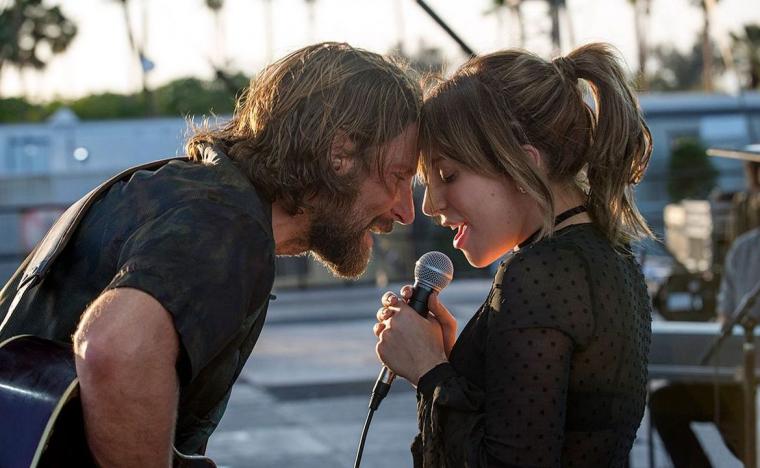 Lady Gaga, A Star Is Born

Melissa McCarthy, Can You Ever Forgive Me?

Bradley Cooper, A Star Is Born

Sam Elliott, A Star Is Born

Richard E. Grant, Can You Ever Forgive Me?

Can You Ever Forgive Me?, Nicole Holefcener, Jeff Whitty

A Star Is Born, Bradley Cooper, Will Fetters, Eric Roth

Hale County This Morning, This Evening

The Ballad of Buster Scruggs 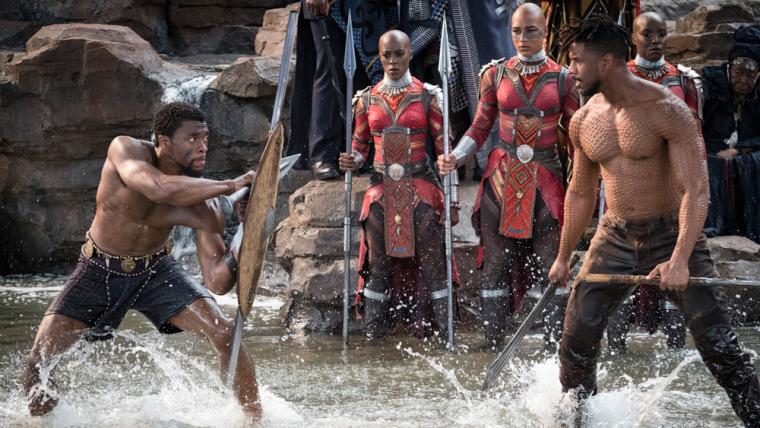 If Beale Street Could Talk

The Ballad of Buster Scruggs, “When a Cowboy Trades His Spurs for Wings”

Black Panther, “All the Stars”

A Star Is Born, “Shallow”

A Night at the Garden 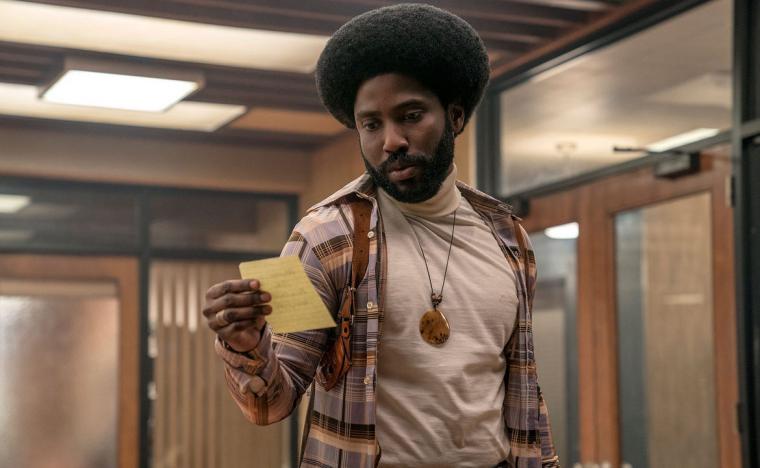 The Ballad of Buster Scruggs – 3

If Beale Street Could Talk – 3

Hale County This Morning, This Evening – 1

Spider-Man: Into the Spider-Verse – 1