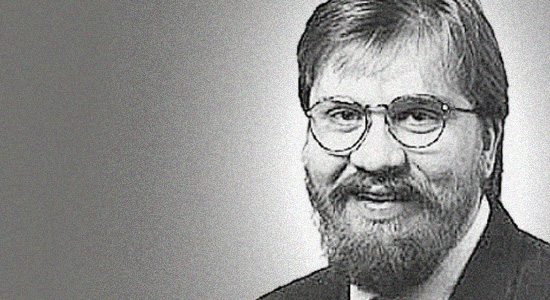 Illinois House Speaker Michael Madigan rose to give his customary year-end speech after the chamber had concluded its legislative business last week and pointed his finger right at Governor Bruce Rauner.

Illinoisans are furious about the way their government has been running (or, more accurately, not running). They’re looking for solutions, and some are grasping at anything within reach.

Democrats Could Suffer in November Despite Clinton’s Strength

The Democrats got a bit of good news along with a load of bad news in a recent Capitol Fax/We Ask America poll. The news is particularly problematic for anyone who can be credibly connected to House Speaker Michael Madigan, whom voters overwhelming blame for the ongoing state-budget stalemate.

Near the top of any list of Illinois government’s many problems is that House Speaker Michael Madigan has made a decades-long game out of messing with the minds and agendas of our governors.

Why Rauner and Madigan Can’t Just Wait Each Other Out

It has looked to me for a very long time that House Speaker Michael Madigan has been waiting for an existential state crisis to force Governor Bruce Rauner to back away from his anti-union, pro-business Turnaround Agenda so they can pass a “clean” state budget.

Veto Override Could Mean War - or a Way Out

I think on August 19 a new and brief window of opportunity opened that might finally help wrap up this long and drawn-out state-legislative overtime session.

But that window will only be open for 15 calendar days - the time the state Constitution gives each legislative chamber to vote on a veto override.

Allow me to explain.

I spoke with some Rauner folks last week and, man, are they ever on the warpath about the Senate's August 19 override of the governor's veto of the AFSCME bill - legislation that would prevent a strike by or lockout of state workers and would instead require binding arbitration after an impasse is reached. The House has 15 days from that date to take its own action.

Even though AFSCME has never invoked its binding-arbitration power with state corrections officers (who cannot strike by law), the governor and his people clearly see this bill as an intrusion on executive-branch powers.

It's Time for Illinois' "Leaders" to Govern

There are those who believe strongly that one side or the other is "winning" our latest and perhaps greatest Illinois Statehouse impasse.

I think it's too early to judge, and frankly I think everyone is going to end up losing here anyway.

As you know, the governor has refused to negotiate a budget until the Democrats accede to his demands to essentially neuter the power of labor unions. The Democrats won't ever sign on to his more radical proposals, including forbidding school teachers from negotiating their own salaries.

Many who think Governor Bruce Rauner is winning point to the fact that about 80 percent of the General Revenue Fund's budget is being spent under court order or signed legislation.

State-employee wages and pensions, Medicaid-reliant hospitals in Cook County, part of the state child-care program, debt service, transfers to local governments, and human-service programs tied to federal consent decrees are all being funded. In addition, Rauner signed the K-12 budget, so schools are being paid on time.

In addition, the House is expected as I write this to pass legislation appropriating about $5 billion in federal pass-through money.

So Rauner has managed to avoid wearing the jacket for any devastating consequences of a state shutdown because there hasn't really been a shutdown.

But there are plenty of crises to come.

Kirk Kerfuffle Shows Who's in Charge of the GOP

If there were any doubt before last week, there's zero uncertainty now: Governor Bruce Rauner won't allow anyone else to interfere with his dominance of the Illinois Republican Party.

When the party was out of power for 12 years, several independent actors were always trying to influence elections from behind the scenes, elbowing people out, putting people in. This is a diverse state, and the party has numerous factions, both economic and social. All of those factions have de facto leaders.

One of those independent actors has been Ron Gidwitz, a moderate, wealthy business executive and one-time gubernatorial candidate with a network that includes lots of his rich friends. He ran the moneyed wing of the party.

Gidwitz used his and his friends' money to boost candidates who were to his liking. He backed Senator Kirk Dillard for governor in 2010, for instance, then switched his allegiance to Bruce Rauner four years later. That move did more to hurt Dillard than it did to help the mainly self-funding Rauner, because it totally dried up Dillard's money, leaving him unable to effectively compete until organized labor finally entered the race on his behalf.

After months of public silence, Gidwitz re-emerged last week. Sources say he has been bad-mouthing U.S. Senator Mark Kirk behind the scenes for quite a while. A recent Michael Sneed item in the Chicago Sun-Times about an anonymous top Republican who wanted Kirk to step down from the Senate was widely pinned on him.

House Speaker Michael Madigan told reporters earlier this month that he'd had a "frank discussion" with Governor Bruce Rauner, "and I gave him good, solid advice."

Word is that advice had two parts.

First, the governor needs to find a way to get himself out of this long overtime-session, no-state-budget mess.

Second, if the governor thinks he can get himself out of this mess by somehow breaking the speaker's will, he's mistaken.

But the governor isn't giving up. In fact, he's doubled down.