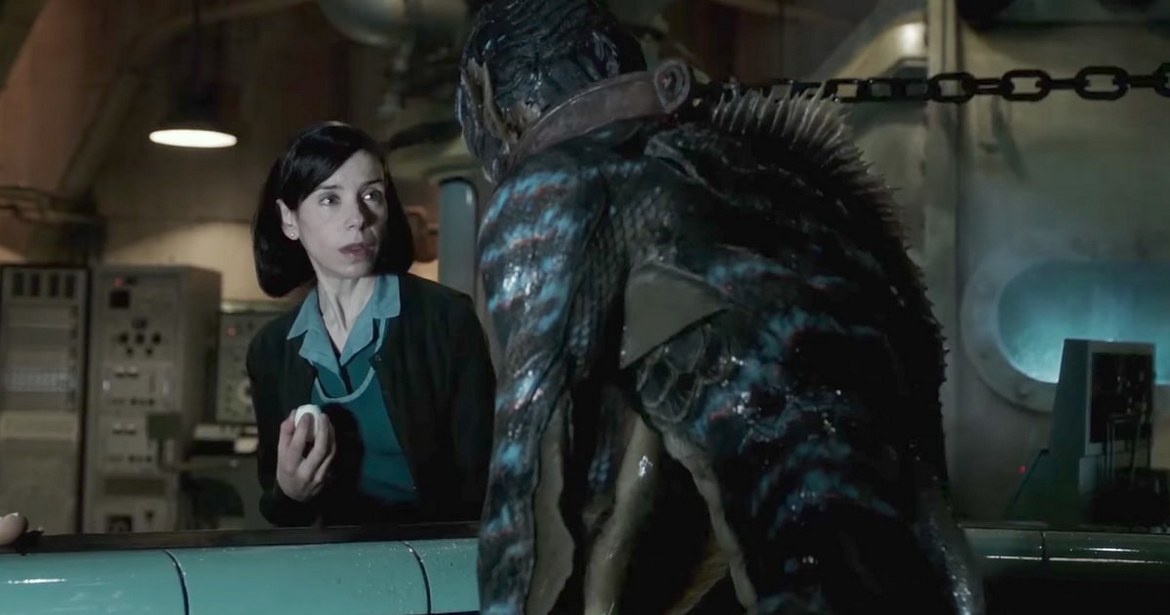 Here are my official predictions for the 90th (!) Annual Academy Awards, scheduled to be announced on the morning of Tuesday, January 23. Boldface denotes predicted nominees, non-boldface denotes runners-up, predictions are in order of probability, and mild commentary is attached at no extra charge.

Blacks and Whites and Dread All Over: Reminiscences on “Get Out” and the 2017 Movie Year 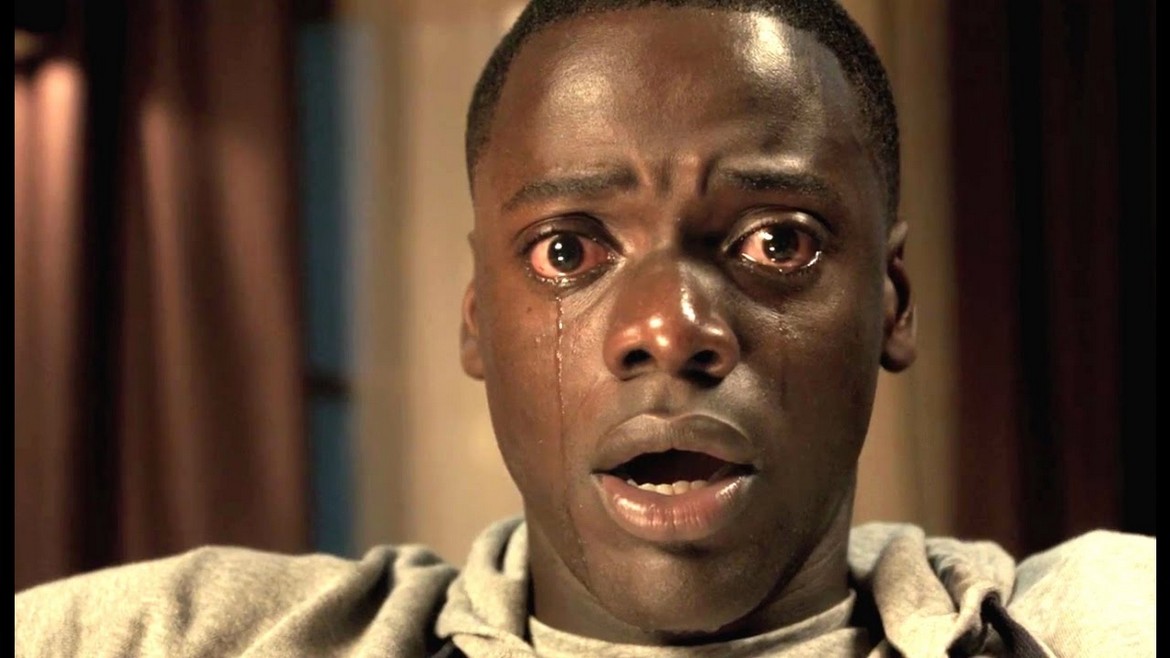 In recent years, I held off on composing my annual Movies of the Year roundup until one or two January weekends had passed, hoping to catch at least a couple of those acclaimed, Oscar-friendly titles that generally get to our area just prior to the announcement of Academy Award nominees. (This year's lineup will be unveiled on January 23.) But I'm just as relieved to be bidding farewell to 2017 as you likely are – and, after a year of disappointing grosses and endless scandals, as Hollywood no doubt is – so what say we get right to it? 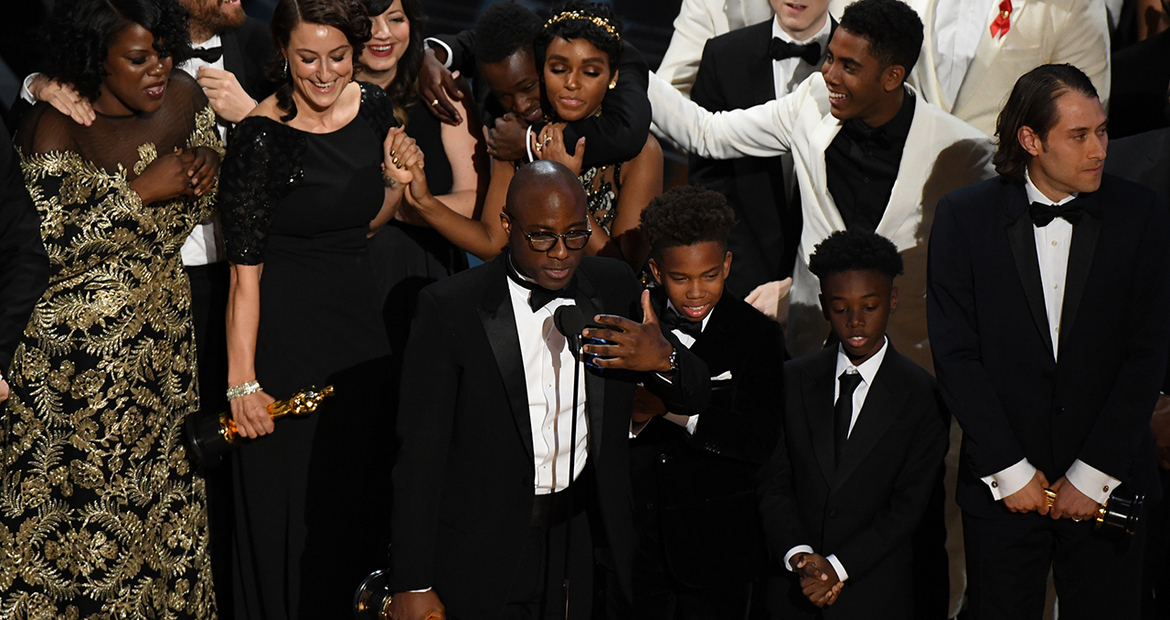 Many, many people were made happy – and more than a little surprised – by the final minutes of last night’s Academy Awards ceremony. But you know who had to be the happiest of all? Marisa Tomei. 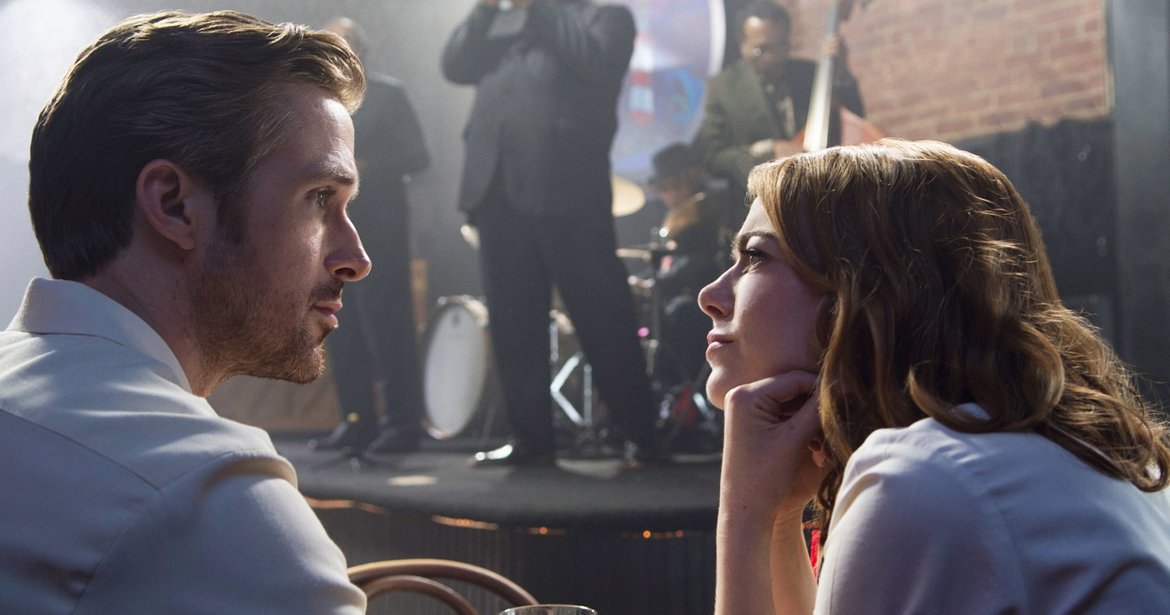 La La Land has 14 Oscar nominations. It won seven Golden Globe Awards – a new record – out of seven nominations. It won the Producers Guild and Directors Guild awards, both of which have led to Best Picture wins eight times out of the past 10 years. The movie is still in the box-office top 10 more than a month after its wide release, has grossed more than $125 million domestically, and is such a pop-culture touchstone that Saturday Night Live recently aired a skit in which two cops attacked a perp for the cardinal sin of insufficient admiration for the movie. The guy liked it; he just didn’t love it.

How Oscar Got Best Picture Right – by Nearly Any Measure 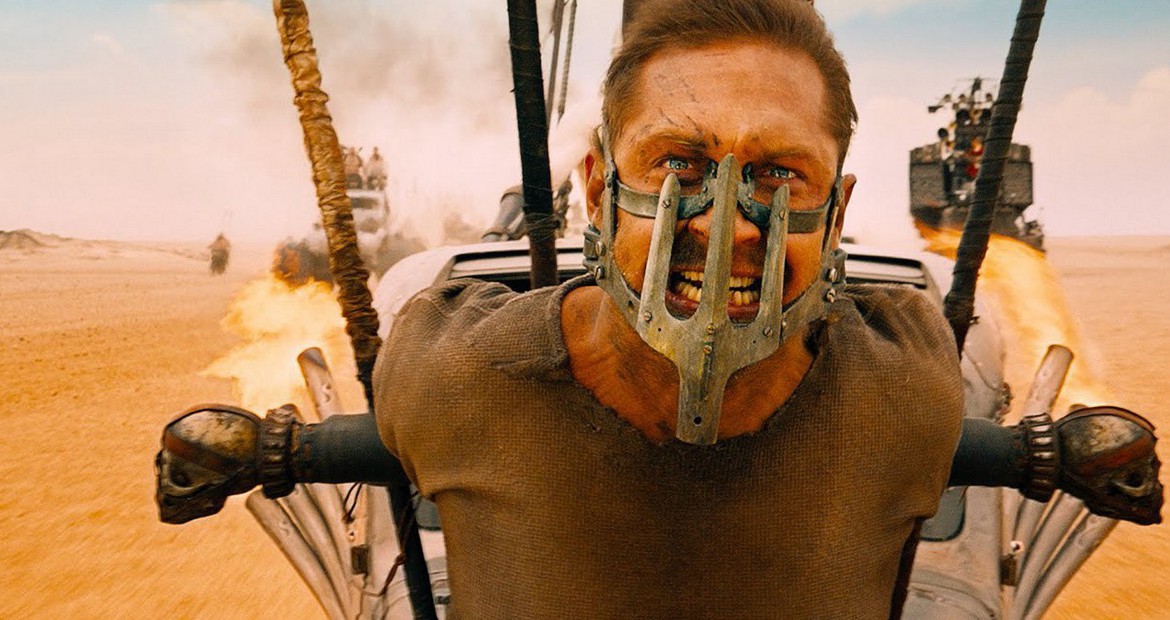 Mocking the Oscars – or any made-for-TV awards spectacle with the fool’s errand of crowning the “best” in the arts – is a time-honored tradition. Sometimes it’s even important, as with last year’s backlash against the whiteness of that Academy Awards slate of Best Picture and acting nominees. (That paleness was a bit of an anomaly in recent times, as I’ll show in a bit.)

So let’s give the Academy its due: Expanding the Best Picture field – starting with 2009 movies – from five nominees to as many as 10 was a smart and ultimately necessary change with substantial benefits, no matter how you parse it. 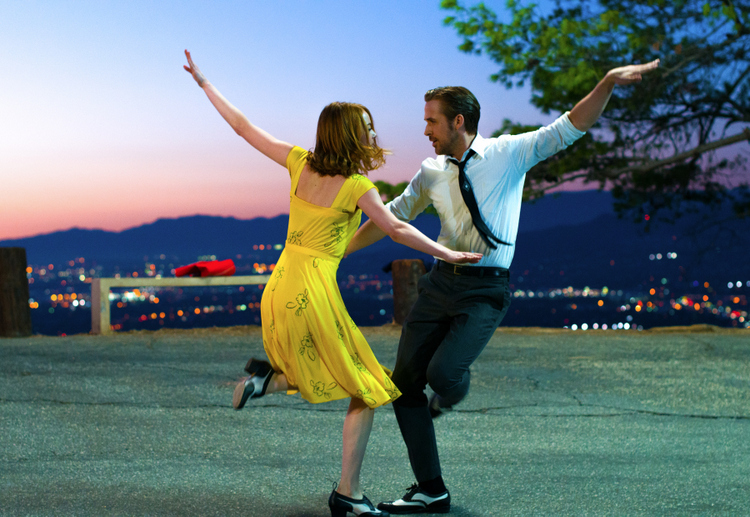 Nominees for the 89th Annual Academy Awards were announced this morning.

It turns out they weren’t announced so much as revealed, because for the first time since the yearly nominations became an early-morning PR event several decades ago, contenders weren’t recognized in front of a gathered crowd of journalists and publicists. Instead, the news was delivered in a slick, 20-minute online presentation that also featured reminiscences from former Oscar nominees and winners such as Brie Larson, Glenn Close, and Terrence Howard, with Gabourey Sidibe wisely suggesting that when this morning's nominees eventually attend the ceremony, they should be sure to sneak in a flask. (That’s good advice for those watching from home, too.) 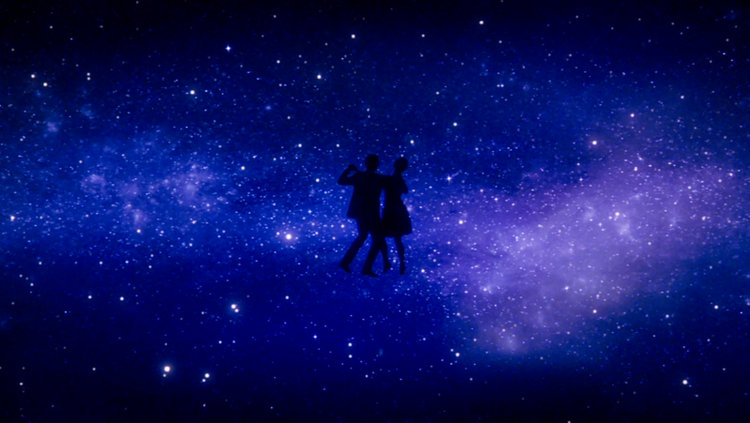 Will La La Land match or exceed the record of 14 Oscar nominations currently shared by All About Eve and Titanic? (Matching, maybe; exceeding, no.) Will this be yet another year of #OscarsSoWhite? (Not by a long shot.) Will Mel Gibson be welcomed back into the open arms of Hollywood’s elite? (As we’ve been frequently reminded this past year, anything’s possible.)

These and other questions will be answered on the morning of Tuesday, January 24. But until then, there’s no harm – except, eventually, to my ego – in predicting nominations for the 89th annual Academy Awards.

Oz-Struck: Historian John Fricke Takes "Wizard of Oz" Fans Over the Rainbow at the Figge and Adler 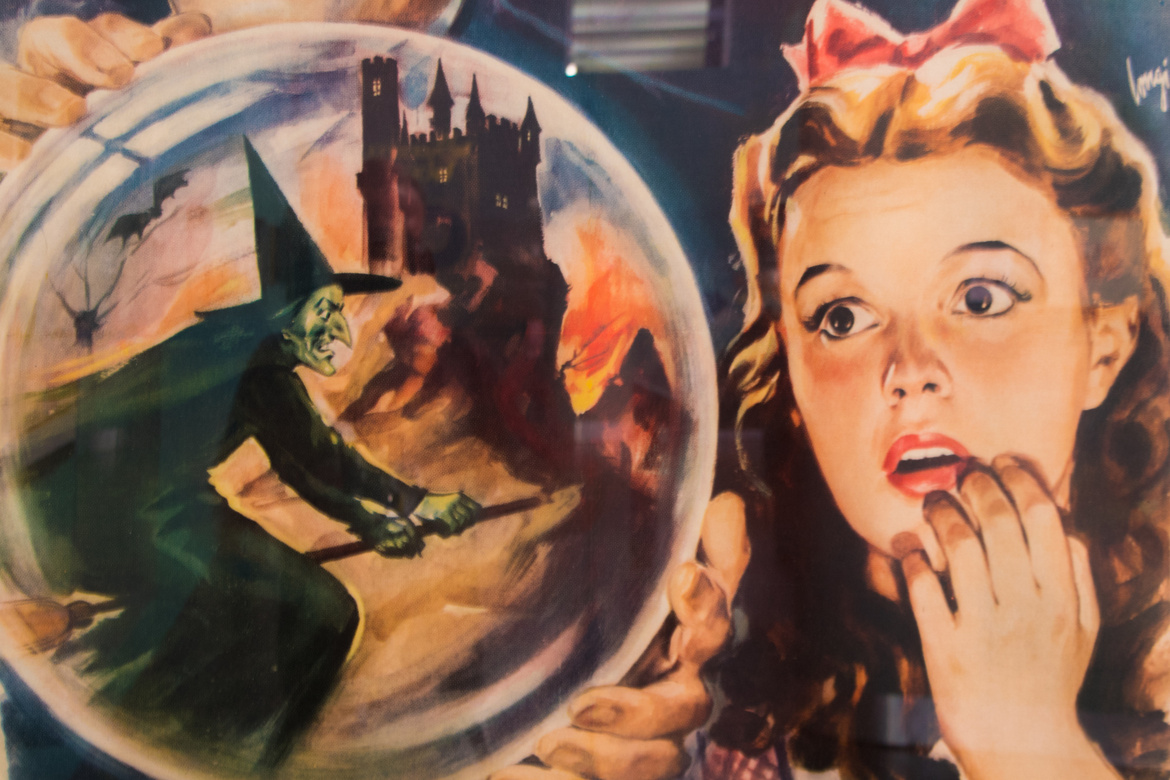 When I phone Wizard of Oz historian John Fricke for our scheduled July 21 interview, he doesn’t answer the call with a “Hello?”, or even a more formal “Yes, this is John Fricke.” Instead, the first three words he utters, or rather exclaims, are an exuberant “I love Iowa!”

He asks if I like that intro, and I admit that I do, primarily because it’s no doubt sincere. Fricke, after all, enjoyed eight consecutive years (from 1979 to 1986) as emcee and chief entertainer for Davenport’s Miss Iowa pageants and even, during that period, co-headlined a two-person Col Ballroom concert alongside an 11-piece orchestra and former Miss Iowa Darla Blocker. So “I love Iowa!” makes total sense.

Given the subject of our conversation, however, “I love Kansas!” might’ve been more fitting.

Between a Rock and a Hard Race: Notes on the 2016 Academy Awards Telecast Whether it was a conscious decision on their parts is something, of course, that we’ll never know. But faced with #OscarsSoWhite outrage and numerous categories seemingly locked tight as drums, voters for last night’s Academy Awards did the smartest, and perhaps only, thing they could do: They changed the story, so that instead of talking about the controversy, we talked about the winners – more often than not, the surprise winners.

#OscarsSoWhat?: How Voters, Bloggers, and Maybe Dumb Luck Upended the 2016 Academy Awards – and the Academy Itself Last March, in promoting his eventual blockbuster Furious 7, Vin Diesel made a bold pronouncement to Variety: “It will probably win Best Picture at the Oscars, unless the Oscars don’t want to be relevant ever.”

Predictably, Diesel’s braggadocio about his movie – the latest in a series of genially dopey action thrillers that had never garnered any previous Academy notice – was much repeated, and mocked, in the press. But here we are 11 months later, with Furious 7 nowhere near the 2016 Oscar race, and one wonders if Vin Diesel is not only buff and baritone-voiced, but quite possibly prescient.