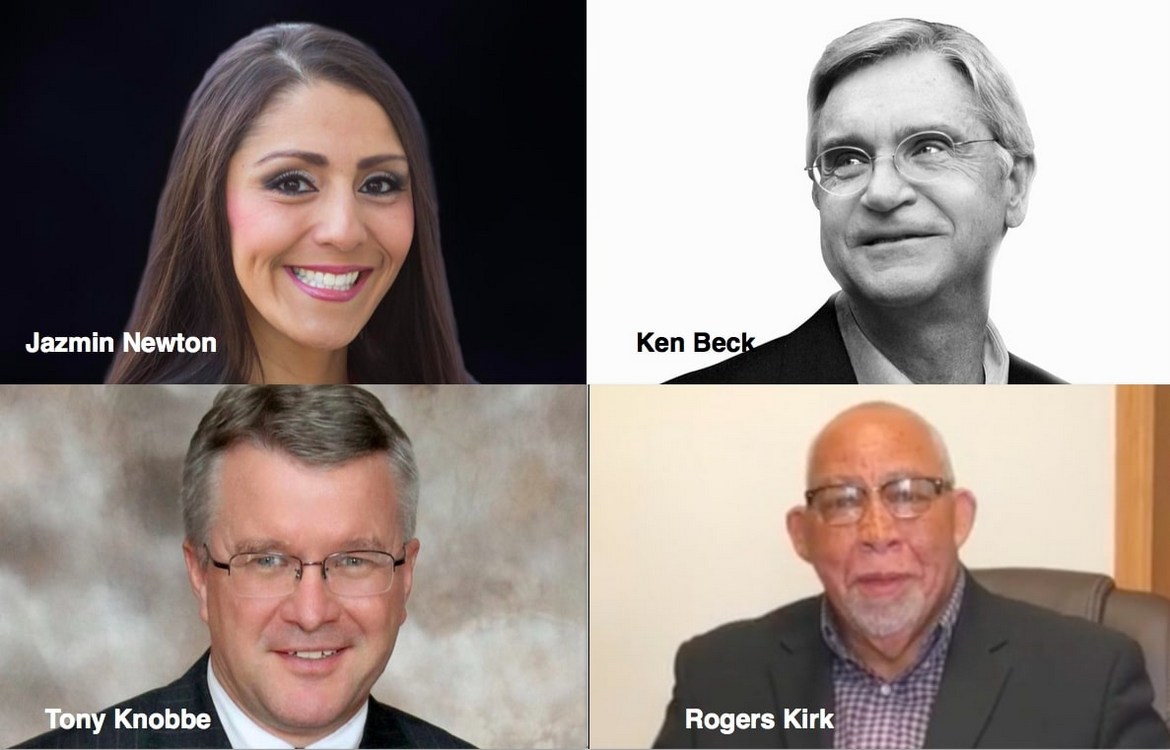 The River Cities’ Reader asked the four candidates vying for two of the available County Supervisor seats to answer six questions in advance of the November 3 election. The background information, questions, and answers for incumbent Republicans Tony Knobbe and Ken Beck and challenger Democrats Jazmin Newton and Rogers Kirk are printed below. Responses are presented in full but have been lightly edited for spelling, punctuation, and grammar.  Please see these additional introductory remarks on Why Local County Elections Matter. 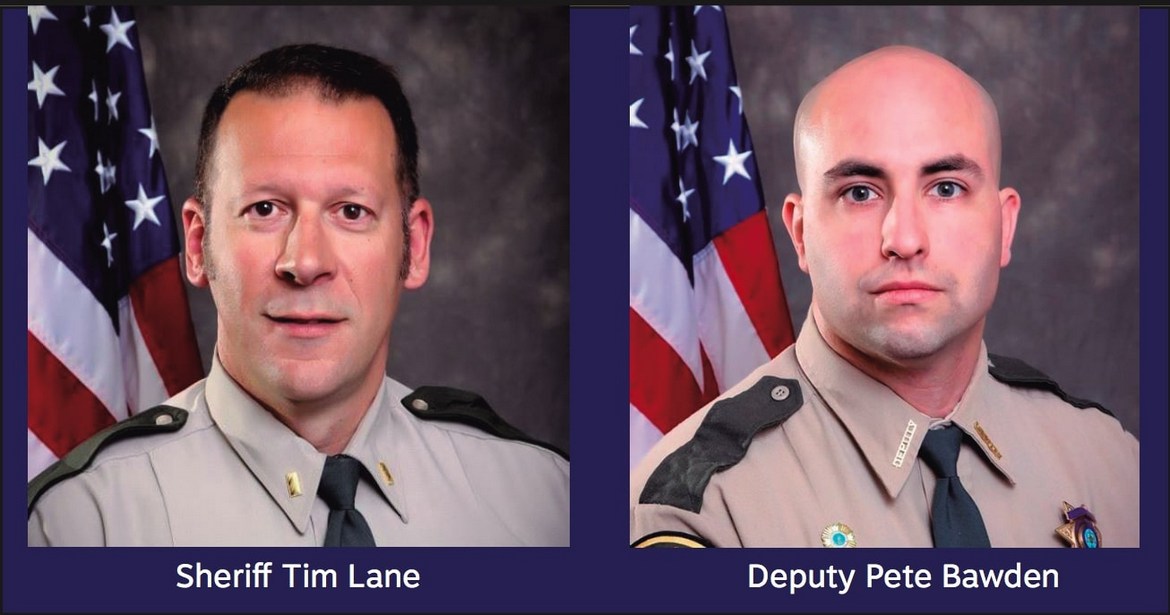 The River Cities’ Reader asked the two candidates for Scott County Sheriff to answer 12 questions in advance of the November 3 election. The background information, questions, and answers for incumbent Republican County Sheriff Tim Lane and his Democratic challenger Scott County Sheriff's Deputy Pete Bawden are printed below. Responses are presented in full but have been lightly edited for spelling, punctuation, and grammar. Please see these additional introductory remarks on Why Local County Elections Matter.

WASHINGTON, D.C. (May 18, 2018) – After today’s stunning defeat of the House farm bill, H.R. 2, in a 198 - 213 vote, the National Young Farmers Coalition (NYFC) called on Members of Congress to repair the bipartisan farm bill coalition and deliver a farm bill that works for everyone.

By Sheena Dooley
When cheating happens in the classroom, Iowa's top education officials are responsible for investigating the allegations and uncovering any wrongdoing.

But the public in Iowa has little insight how state leaders investigate incidents, what material is collected, and the amount of cheating taking place. They also don't know the extent of staff involvement in the cheating.

And they don't have any way of knowing that investigations are thorough and fair.

It's all legitimate under Iowa law.

Uncertainty surrounding a newly created $60-million tax-relief fund and few safeguards on how the state taxpayer dollars will be used opens up the potential for misuse, state lawmakers say.

House Ways & Means Chair Tom Sands (R-Wapello) told IowaPolitics.com last month that among 100 Iowa House members, 50 Iowa Senate members and the governor, there are probably 151 different ideas on how to use the $60 million that will go into the Taxpayers Trust Fund this year.

Lawmakers are struggling with how to transform Iowa's 99-county system for providing mental-health services into a more uniform, statewide network. The underfunded system presently leaves thousands waiting for services.

"Those are the people probably suffering the most right now," said Margaret Stout, who for 25 years was executive director of Iowa's chapter of the National Alliance on Mental Illness, a not-for-profit that provides mental-health education, advocacy, and support.

Iowa's adult-mental-health system provided services to 52,059 people last fiscal year, according to the Iowa State Association of Counties. Underfunding leaves thousands more without needed services. The system has an anticipated $51.4-million shortfall in Fiscal Year 2013, according to the state's Legislative Services Agency.

The chair of one of Iowa's powerful tax-writing committees said March 19 that allowing certain local projects to keep their own sales-tax revenue - rather than sending the money to the state - is a slippery slope.

"I think it's a very dangerous road to go down," Iowa House Ways & Means Chair Tom Sands (R-Wapello), told IowaPolitics.com. "The state started down that road just a little bit with the racetrack, and now, here are two other proposals that are coming off of that. So the next question is: Where will this end?"

In 2005, lawmakers and the governor first used this economic-development tool to bring NASCAR to Iowa. Then-Governor Tom Vilsack signed a law that paved the way for construction of the Iowa Speedway in Newton by allowing the racetrack to keep $12.5 million of its own future sales-tax revenue.

An Iowa policy group warned then that the Newton project would encourage other cities to seek similar subsidies from state funds. The group, it appears, was right.

"Simply stated, the legislature appropriated funds to IWD with strings attached, and our constitution does not permit the governor to cut the strings and spend the money differently," said the opinion authored by Justice Thomas Waterman, who was appointed by Branstad in February 2011.

However, it does not appear that the ruling would lead to the re-opening of the 36 field offices, which helped unemployed Iowans find jobs, write résumés, and prepare for interviews.

Prospects for bills that would ban red-light cameras and increase Iowa's gas tax are dimming as state lawmakers work to pare down their workload in the final month of session.

March 16 is the Iowa legislature's second "funnel" deadline, when bills must clear one chamber and a committee of the opposite chamber to remain alive. The 2012 legislative session is scheduled to end April 17.

Iowa House Speaker Kraig Paulsen (R-Hiawatha) said March 8 that a bill that would ban red-light and speed cameras in Iowa as of July 1 does not have the 51 votes to pass the Iowa House. Seven Iowa cities use the cameras to issue traffic tickets of up to $200 for speeding or running red lights. "My understanding is it's short of the votes," Paulsen said.

Iowa's influence in choosing presidential nominees generally diminishes after its first-in-the-nation caucuses. But this year could be different because of the lack of finality in choosing who the Republican nominee will be.

"I think we're in a different election cycle than we've ever seen before," said Republican National Committee member Kim Lehman of Johnston. "Historically, the nominee has already been chosen [by this stage in the process]. Clearly, we don't have a chosen nominee yet. That goes back to a trend that's happening where people are not allowing the political gurus to make the decision for the grassroots voters."

People in 10 states are casting their votes today - Super Tuesday, with 419 delegates up for grabs. But with the perceived GOP front-runner changing multiple times so far, political analysts don't expect Super Tuesday to clarify the GOP-nominee contest much.

Four days after Super Tuesday, Iowa Republicans will gather for county conventions. They will vote Saturday on platforms and choose delegates who will go on to the April 21 district conventions and the June 16 state convention.