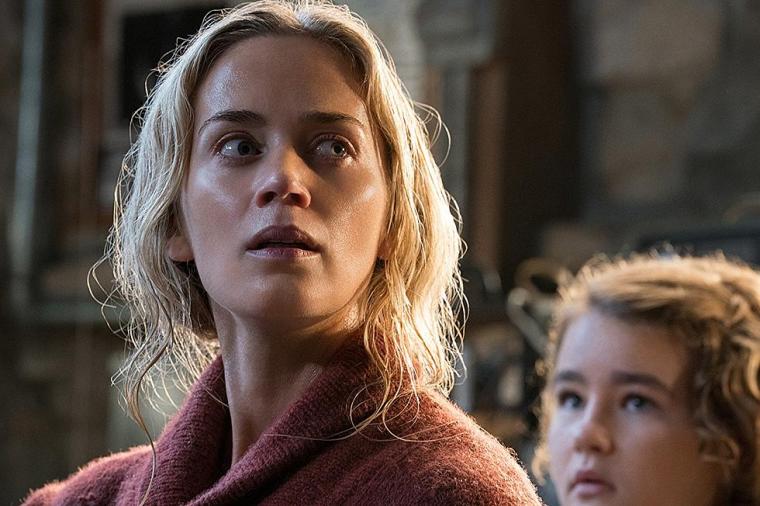 Emily Blunt and Millicent Simmonds in A Quiet Place